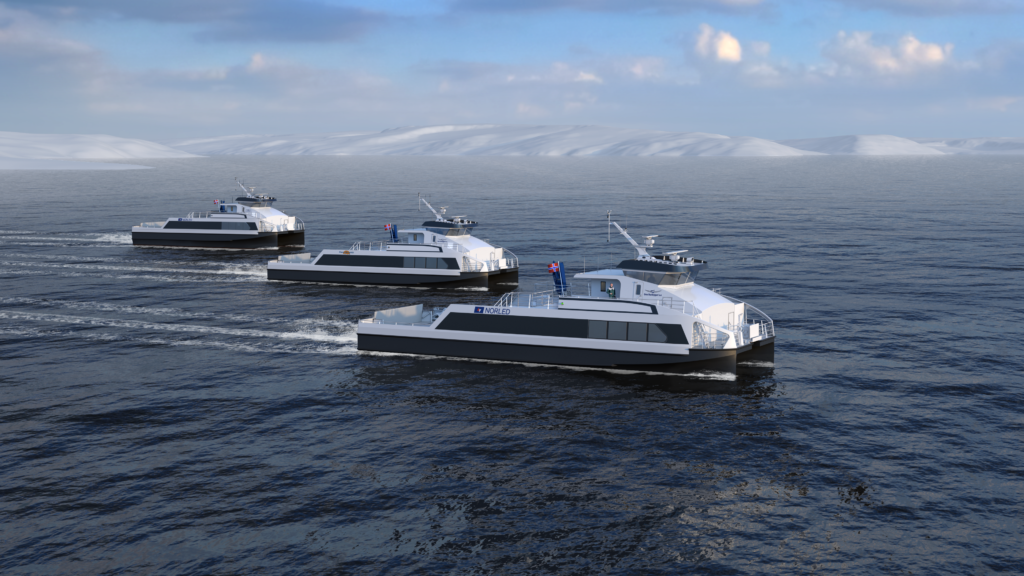 All three vessels will operate in route package 2 (RP2) in Sogn og Fjordane. The RP2 boats are based on the well-known combi catamaran concept from Oma Baatbyggeri which the yard since 2001 has built and delivered many of and which operate along the entire Norwegian coast. The boats have the capacity to carry a truck of 20 tonnes, alternatively it can carry 7 passenger cars in combination with 70 passengers.

The RP2 boats are delivered with hybrid battery-electric propulsion systems. In contrast to previously delivered vessels with conventional propulsion systems. This means that the boats can run with zero emissions of CO2 and 100% electric operation in most of the routes which they will operate.

The boats are built in seawater-resistant aluminium, a building material that is 100% recyclable. The strong but lightweight building material is optimal for the construction of fast ferries and copes well with an axle load of 12 tonnes on the aft deck. Because the boats are very light, they are equipped with ballast tanks to balance the weights when loading or unloading heavy lorries.

In addition to the large car deck, the vessel has a crane and cargo hold. The passenger capacity is 70, service speed is 22-25 knots, and the length of the vessel is 30 meters.